In February 1868, John W. Graham and Plato Durham submitted a minority report of the Committee on Suffrage and Eligibility to Office. Their report reflected the still very strong sentiments of many who believed in neither the equal right to suffrage for African Americans or in the duty of the federal government to protect rights of suffrage of its citizens in the various states.

“…We do not regard the right to vote as natural or inherent, but conventional merely--to be regulated in such way as will best promote the welfare of the whole community. Upon this principle, women and minors have been excluded. Is there any reason why the negro should be advanced to a higher position?....we deny the power of Congress to prescribe to North-Carolina who shall or shall not vote. This has always been recognized as one of those great rights reserved to the States……We can, then, only regard the present measures as a punishment for our conduct on the latter occasion….We cannot consent that our State shall be degraded to an inferior position to her sisters--that she shall expunge from her Constitution clauses excluding the negro from voting and holding office, which other States have indignantly refused to strike from their own. We refer especially to their Constitutions of Ohio, Pennsylvania, Indiana, Illinois and New York…”

“Mr. President, the manner in which this question has been discussed has certainly awakened my surprise. The attention of the Convention has been chiefly directed to the question of the colored man’s right to vote; this to my apprehension sir, is a dead issue, a settled question. It has been forever fixed and decided by the colored man himself…” 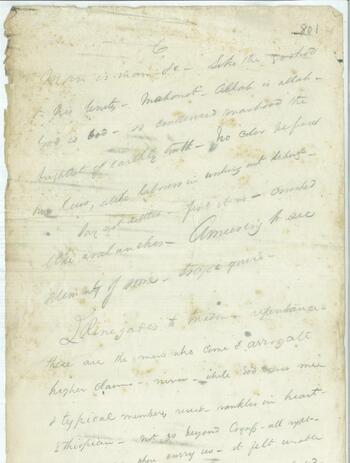