Whether failing health caused Tourgee to step back from his lifelong fight for equality and justice or, whether the double blow dealt him by the Supreme Court in Plessy v Ferguson and the demise of a popular movement through the National Citizens Rights Association, Tourgee had all but withdrawn from the public arena by 1903. In early 1905, he became gravely ill, then appeared to be recovering until he had a relapse and died in Bordeaux, France in May, 1905. The “Fool” had run his last errand. The cremated remains of Albion Winegar Tourgee were brought back to Westfield, New York for burial in the Village Cemetery. Emma and Aimee Tourgee received many letters of condolences and memorial resolutions, including from the National Association of Colored Women, based in Jefferson City, Missouri, the Christian Culture Congress of the Michigan Street Baptists Church in Buffalo, New York (represented by Mary Talbert and others), the Illinois Division of the Niagara Movement (represented by Ida B. Wells-Barnett and others), and, several members from the Niagara Movement (represented by Charles W. Chesnutt); the latter stating a sentiment found in most of the others received:

“…by the death of Albion W. Tourgee mankind has lost a brave soldier, a learned jurist, a talented writer, and a rare idealist who placed humanity above race, color, and artificial social distinctions…”

Ironically, the Niagara Movement, an organization formed under the leadership of W.E. B. DuBois and William M. Trotter, had just held its first organizational meeting in July of 1905 in Fort Erie, Ontario, Canada and in Buffalo, New York. Tourgee had corresponded with several of the initial members, including J. Max Barber (or Barbour), Frederick L. McGhee, Robert Edwin Bonner, W. H. H. Hart and, Clement G. Morgan. The geographical proximity of the meeting to Tourgee’s home in Westfield, New York and the fact that he had connections with several of the founding members could lead one to infer that Tourgee must have known of the efforts to establish the organization before he passed away. It is certainly true that he was an inspiration to several of the leading members of this and the subsequent civil rights organizers of the early twentieth century. 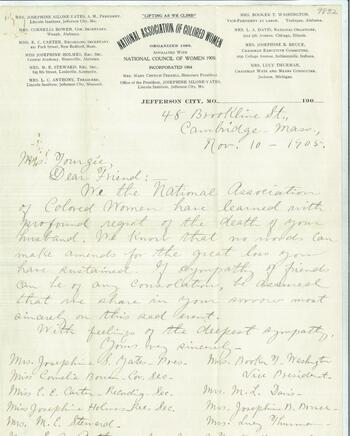 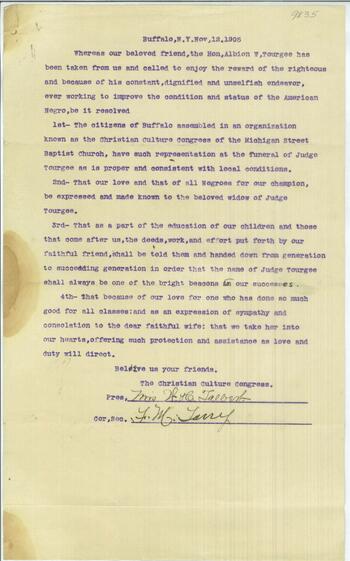 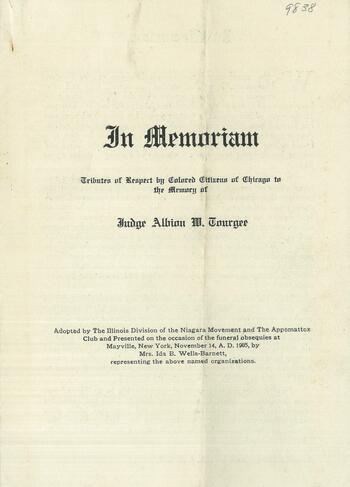 Pamphlet, "In Memoriam: Tributes of Respect by Colored Citizens of Chicago to the Memory of Judge Albion W. Tourgée," 1905-11-14. Courtesy of Chautauqua County Historical Society. 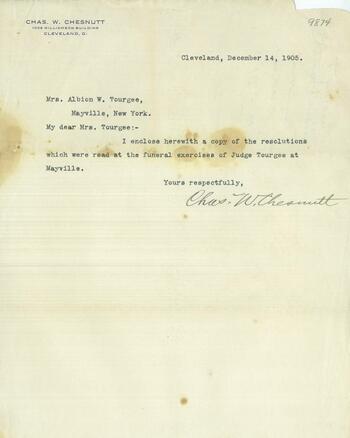 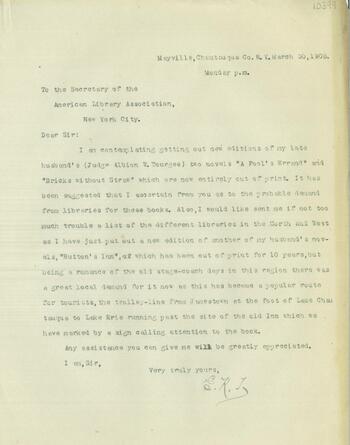 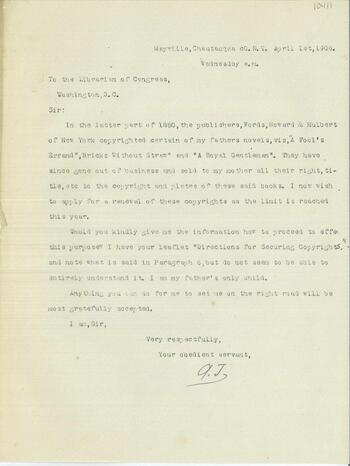