European countries suffered major economic hardship and famines during the nineteenth century, including Ireland in the 1840s, Scandivania in the 1860s, and Russia in the 1890s.  At the same time, demand for both skilled and unskilled labor rose in the United States largely because of industrialization.  These circumstances created incentives for immigration from Europe to America. About 80 percent of immigrants were unskilled laborers. Many found jobs in the factories of New York City, Buffalo, and other cities around the state, or founded businesses that earned them prosperity.

Rosa Coplon and her husband Samuel were born in 1856 in the Russian Federation (now Lithuania).  They emigrated and moved to Buffalo in 1890, where they lived on Broadway in a Jewish neighborhood.  They also owned a small business, S. Coplon and Son, Oils and Glass.  They were successful and became philanthropists, best known for gifting their family home for use as the first Daughters of Israel Jewish Old Folks Home,  later known as the Rosa Coplon Home.  Rosa Coplon’s name is still on a living center in Getzville.

Rosa and Samuel’s sons, David and Joseph, became successful businessmen heavily involved in the Jewish community of Buffalo.  The mansion they built to share with their parents is now part of Daemen College’s campus. 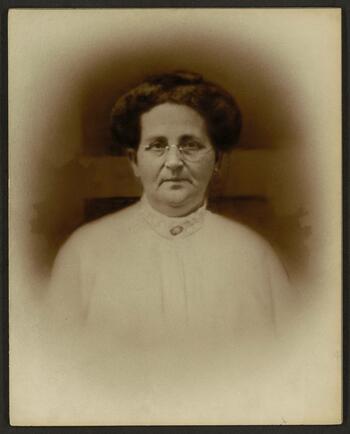 Rosa Coplon in 1915, courtesy of University at Buffalo 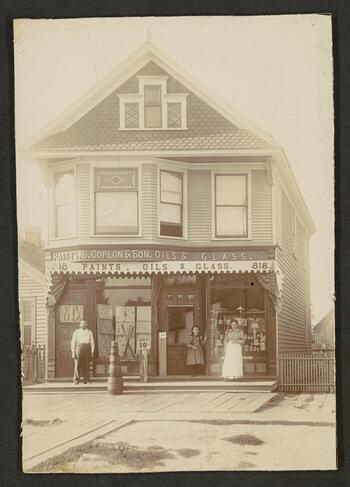 Samuel Coplon’s business on Broadway in Buffalo did well enough to fund their philanthropic ventures later in life. 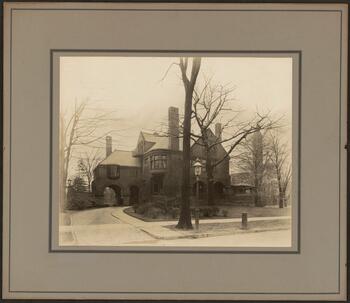 Coplon family home in Buffalo, circa 1910, courtesy of University at Buffalo

Samuel and Rosa’s house was donated for the use of Daughters of Israel Jewish Old Folks Home. 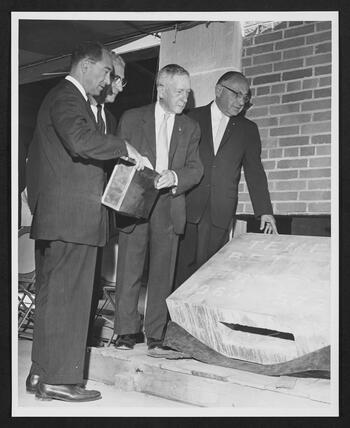 David H. Coplon, on the far right, stands inspecting the new cornerstone of the new Temple in 1961. David was born in Lithuania and became a naturalized U.S. citizen.