By settling in ethnic communities, immigrants could somewhat insulate themselves from prejudice and discrimination.  These new Americans organized fraternal and benevolent societies to promote community support and protect themselves from misfortunes.  Such organizations were later referred to as mutual aid societies, or voluntary ethnic associations.

In immigrant neighborhoods these societies functioned as an extension of communities. Societies often helped families start businesses, provided assistance when a family member was injured or killed on the job, and helped with funeral expenses.

These associations existed for all of the large immigrant groups in the United States.  By the early twentieth century, there were hundreds of mutual aid societies for Italian immigrants in New York State, including the Fratellanza Society and the Sons of Italy, both of which still have members meeting a century later.

Groups of Jewish immigrants from the same Eastern European towns, called landsmanshaftn, banded together to operate their own mutual aid societies or shuls.  By 1910, New York City had as many as 2,000 of these shuls, representing over 100 different towns Eastern Europe, and all of which provided poor people with relief or lent money for burial arrangements.

New York City’s Lower East Side became the site of a number of religious and secular educational and cultural institutions including Yiddish Rialto, Israel Eichman Yeshiva, Educational Alliance, Music School Settlement, Hebrew Technical School for Boys, and Hebrew Technical School for Girls. An anomaly among immigrant groups, Jewish families emphasized higher education for their daughters as well as for their sons. The Jewish community also built the Jewish Maternity Hospital, the Hebrew Sheltering House, and the Home for the Aged. 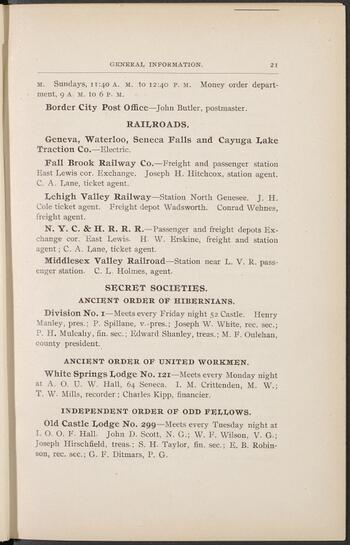 This directory lists some not-so-secret Secret Societies like the Ancient Order of Hibernians, which was a fraternal organization for Irish Catholic men founded in New York City in 1836 to combat anti-Catholic discrimination and to help Irish immigrants settle. 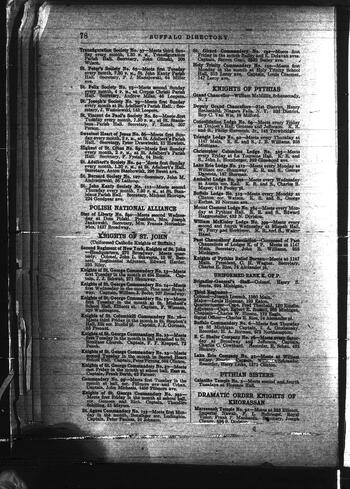 This directory from Buffalo lists dozens of organizations, including The Deutscher Orden von Harugari (founded to encourage German language abroad), the Son of St. George (founded to help Englishmen in distress), and the Loyal Orange Institution (founded to protect protestant Irishmen linked to Ulster loyalism). 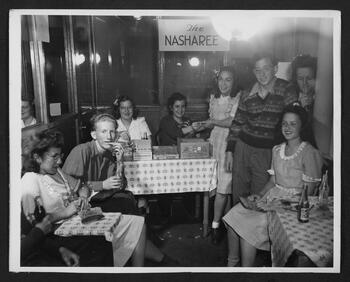 Jewish youth group meets at the Nasharee in the late 1940s at 588 Monroe, courtesy of University at Buffalo 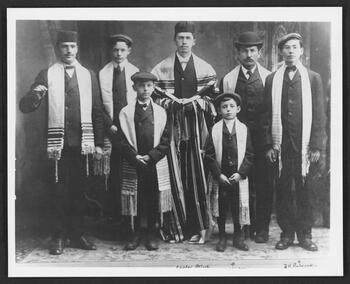 Members of a shul in Buffalo that included Harold Arlen, born Hyman Arluck, the composer of Over the Rainbow in 1938. 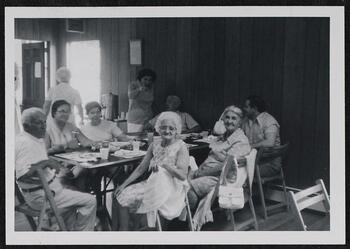 Members of the Sons of Italy’s ladies auxiliary, the Mona Lisa Lodge, meeting in Tuxedo Park. 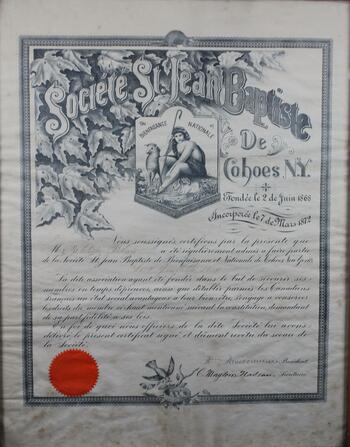 Society of St. Jean Baptiste Certificate of Admittance, 1872, courtesy of Siena College, from the private collection of Tor Shekerjian and Paul Dunleavy.

A certificate of admittance from 1872 for Ulderic Blais to join the Saint John the Baptist Society of Cohoes, NY, founded in 1868 to help French-Canadians. 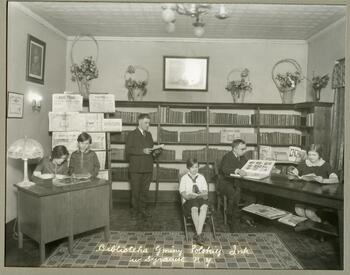 The Polish community in Syracuse founded a lending library of Polish language works for the substantial population of Polish speakers there.