American leaders who took part in the American Revolution were immigrants or children and descendants of immigrants, including several New Yorkers: Alexander Hamilton, George Clinton, James Duane, and John Ten Eyck Lansing Jr. However, not all New Yorkers were revolutionaries. During the American Revolution and after, forfeiture laws were passed in New York and other new states, banning loyalists and seizing their lands. Although many of the wealthier loyalists in New York successfully reclaimed their property and were reintegrated into American society, several major tracts of land became available. For example, tenant farmers of diverse European backgrounds who worked on Philipsburg Manor in New York, land formerly held by convicted loyalist Frederick Philipse III, had the opportunity to purchase tracts of the land, gaining an unexpected economic foothold in their new country.

Before 1775, most European immigrants in New York had settled in the Hudson, Mohawk, Schoharie, and Delaware valleys. Following the American Revolution, more lands to the west and north were made available to these settlers. After the conclusion of the American Revolution, the new federal government entered into a series of agreements with the Haudenosaunee Confederacy (from east to west: the Mohawk, Oneida, Onondaga, Cayuga and Seneca), essentially forcing the Haudenosaunee to relinquish claims to nearly all their traditional homelands, about 3.5 million acres in what is now Upstate New York. This opened a flood of settlers, including many immigrant groups, into New York.

This land was then given as reward for military service, such as the large tract of land in the Mohawk Valley awarded to Baron von Steuben, and as land grants from private companies, such as the Holland Land Company. These tracts were portioned into lots and sold to settlers from New England and Europe. Many Central New York towns, like Cato, Scipio, Tully, Ovid, Manlius, and Dryden were established directly after the Revolutionary War.

Although the amount of land was vast, there were virtually no roads to access any territory west of Albany. As early as 1797, an inland water route was considered by national and state leaders as a way to move people and products across New York.

With support from Governor Dewitt Clinton, New York financed and built a 350-mile canal to help reach the western parts of New York and the interior territories of the US. The Erie Canal was begun in 1817 and completed in 1825. Over time, millions of immigrants would travel the Erie Canal, on their way to their new homes in a new land. Among them were several thousand Irish and German immigrants, some of whom came to the United States as laborers for the construction of the Erie Canal. Norwegian, Swedish, Italian, Polish, Armenian, Czech and many more ethnic groups traveled through New York on the Erie Canal in what was the first major westward migration in America. 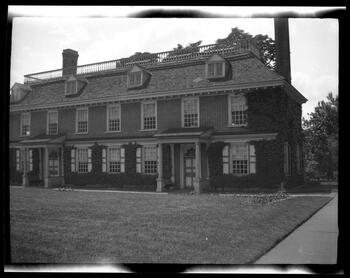 After the Revolutionary War in 1779, Philipse was accused of treason and the manor lands were confiscated. The four farm families were then able to purchase the lands they had been leasing in Irvington. 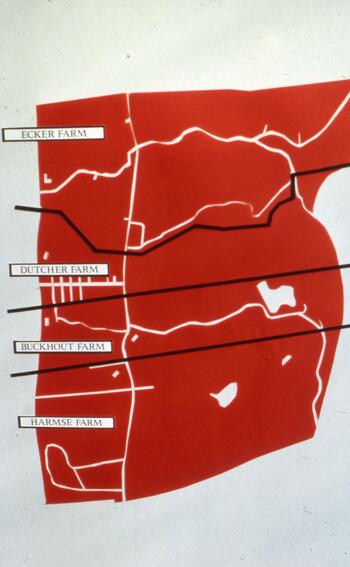 The Eckar, Dutcher, Buckhout, and Harmes Tenant Farms were built on what was formerly Philipse Manor, owned by loyalist Frederick Philipse III. 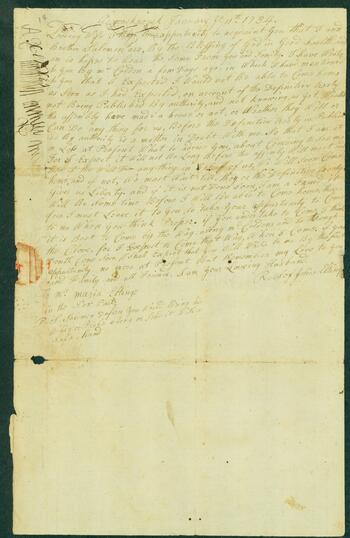 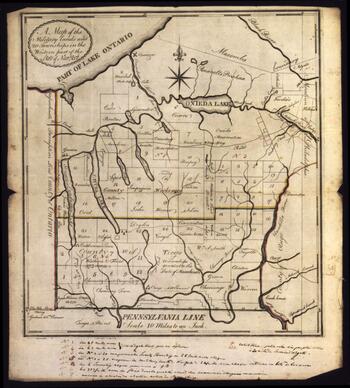 The Military lands and Twenty Townships; 1792, courtesy of SUNY Fredonia.

Many Central New York towns, like Cato, Scipio, Tully, Ovid, Manlius, and Dryden were established directly after the Revolutionary War.