The decision to relocate to a distant country is a serious matter. The journey for many immigrants was long, expensive, and filled with hardships. Reasons for leaving included political oppression, civil wars, religious persecution, economic stagnation, and personal matters. The stories in this section represent some of the compelling ways in which many New York residents arrived in the state.

From the earliest days of European settlement, New York experienced significant and diverse immigration. For example, between 1850 and 1860, the State of New York grew from 3.1 million to 3.9 million residents, an approximate 25 percent increase. Immigrants, primarily from northern and western Europe, accounted for nearly all of this growth. By 1860, a million New Yorkers were foreign-born, 650,000 having just arrived in the previous decade. Half of New York’s foreign-born residents had come from Ireland and a quarter from Germany. Even today, almost a quarter of New York’s population are immigrants. 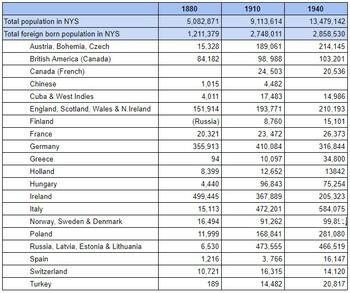 This chart was compiled using US Census data.

This chart was compiled using US Census data. 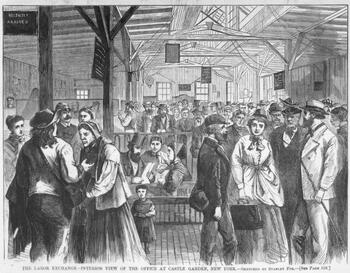 The labor exchange, 1868, courtesy of Library of Congress. 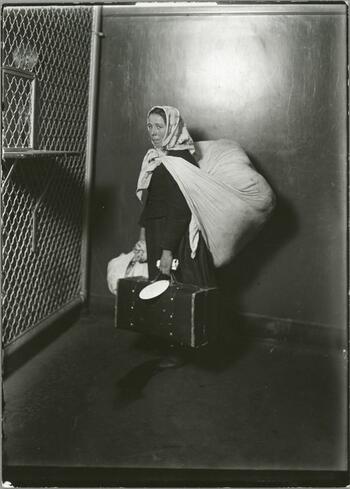 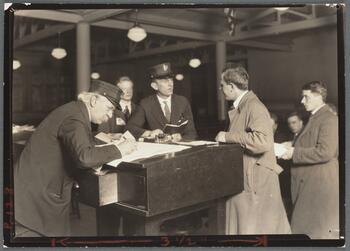 New arrivals to the United States in 1908 are interviewed. 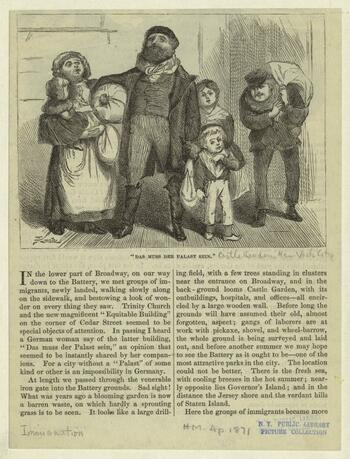 "Das muss der Palast sein" (That must be the palace), 1871, courtesy of New York Public Library.

A report of a German immigrant family in 1871 surmising that the “ new magnificent ‘Equitable Building’” in New York City must be the city’s palace. Published in Harper's Weekly.