While the scope of this exhibit is 1650 to 1950, it should be noted that significant shifts in immigration occurred after this period.  In 1965 Lyndon B. Johnson abolished the national quota and origin system with the passage of the Immigration and Nationality Act.  Redressing the injustices of the 1924 Act, Johnson also placed hemispheric limits on the number of visas issued and allowed immigrants to enter the United States based on their relationship to a United States citizen, lawful permanent resident family member or U.S. employer.  The Act attracted skilled labor in the booming economy and reunited families.

In 1986 Ronald Reagan signed into law the Immigration Reform and Control Act, signaling an intention to stem the flow of illegal immigration.  This legislation prohibited employers from knowingly hiring immigrant workers who did not have legal visas or citizenship.  It also granted legal status to millions of previously undocumented immigrants who could prove they had been in the country before January 1, 1982.  This legislation failed to slow the influx of illegal immigration, as the number of people illegally in the United States continued to grow in the decades following.

There have been multiple laws passed concerning immigration to the United States since 1986.  This legislation further regulated and reformed immigration from Asia, South America and Central America in particular. After the terrorist attacks on New York City and the Pentagon in Washington, D.C., federal anti-immigration laws proliferated, starting with the Patriot Act and the Homeland Security Act, and public opinion towards immigrants grew more negative.

Anti-immigrant sentiment continues into the twenty-first century, but there is also pushback against these discriminatory policies and behaviors.  In 2013, New York established the Office for New Americans, providing services to people newly arrived in New York, helping them more fully participate in New York's civic, economic, and social life.  And in 2016, Mayor Bill DeBlasio recognized New York City as a "sanctuary city" to protect undocumented immigrants against the harsh approach taken by federal immigration agencies to locate and deport people without clear immigrant status.  Other jurisdictions, including Ithaca and Albany, embraced similar policies.

Immigrants in New York State represent over 150 nations.  Nearly a quarter of New York’s population is foreign-born, and another fifth is native-born with at least one immigrant parent.  Global events and federal immigration policy continue to influence the characteristics of modern day immigration.  Global crises have led to an influx of refugees to the United States, many of whom have settled in New York State.

New York’s immigrants, now as in the past, are important contributors to the state’s workforce sectors and revenue streams from taxes, and most of all, in defining the unique character of New York State’s society and culture.  The history of immigration is ongoing and ever-evolving.

We’re all charged with making our legacies heard.

“The land flourished because it was fed from so many sources--because it was nourished by so many cultures and traditions and peoples.”
― President Lyndon B. Johnson at the Statue of Liberty, 10/03/1965 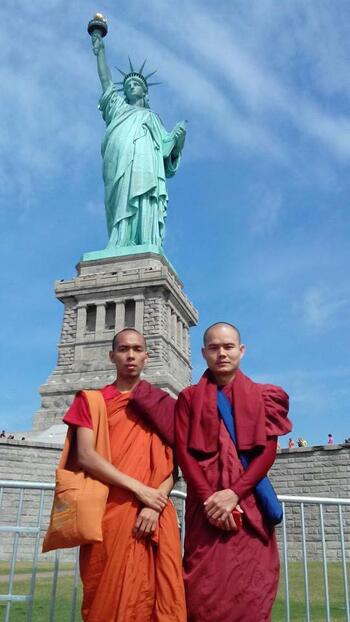 Burmese Monks at the Statue of Liberty, courtesy of SUNY Polytechnic Institute

The Mohawk Valley Resource Center for Refugees has worked to resettle thousands of refugees in the Utica, NY area.  The majority of those resettled have been Karen/Burmese refugees that fled persecution in Myanmar. 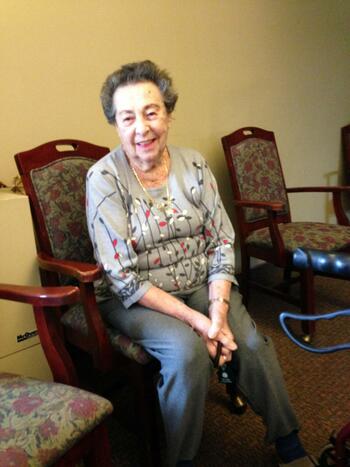 Peggy Sterne was born in Vienna, Austria on June 5,1923 .  Fleeing the Holocaust, she was separated from her family and eventually made it to the United States.  Peggy describes the experience: “It was a tough time for me.  I was only a kid, 16-years-old.  Alone in an uncertain world.  My papers did not come through till the Blitzkrieg started and I left on an ocean liner, zigzagging to avoid the mines that were laid all around England’s harbor.  Hello America, Statue of Liberty, I’m free!“  She was reunited with her family in the Bronx and went on to have a long and eventful life. 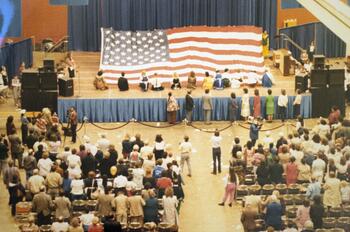 Opening presentation at the Ethnic Heritage Festival organized by the Junior League of Buffalo, courtesy of SUNY at Buffalo

The Junior League of Buffalo, NY organized and presented an Ethnic Heritage Festival in 1979, featuring a variety of music and dance groups representing ethnic groups residing in Western New York.  Today, there are at least nine different ethnic festivals that take place each year in the region. 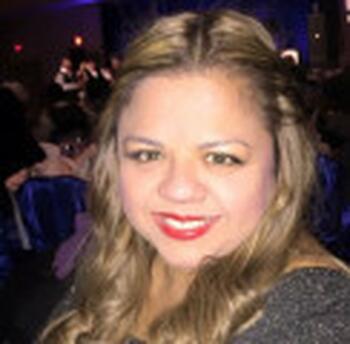 Azeneth Gutierrez was born in Ciudad Mante, Mexico and immigrated to the United States when she was 19.  She came to the United States to learn English, but ended up settling in Rockland County.  Azeneth describes her experience raising a child with special needs as an immigrant and the balancing of cultural traditions.  Azeneth describes how her life changed in the United States: “Here in the U.S., I learned that the best thing you can find is opportunity.  Opportunity to work, to learn, to educate yourself and to do better in life."