During the Colonial Period, thousands of immigrants who wanted to leave Europe for New York did so by entering into indentured servitude. Their contracts usually afforded them the expensive passage to the colonies as well as room and board for a fixed number of years in return for their labor. It is estimated that over half of the Europeans who immigrated to the thirteen American colonies did so as indentured servants, although likely only 10-25 percent of New York’s new arrivals were indentured. After 1650, conditions for peasants began to improve in Britain which drastically reduced the supply of indentured servants.

During the Revolutionary War indentured servitude as a means of immigration fell sharply.  Some British and German soldiers stayed in New York following the war, typically finding work on farms.  As remains true today, foreign-born soldiers could build a career in the American military.  At least 130,000 of New York’s enlisted soldiers during the Civil War were foreign-born, and many of those became career soldiers, shifting away from their previous trades.

Immigrants arriving in the late 18th and early 19th centuries, including former soldiers, could find work farming the expansive tracts of land newly opened in the upstate and western parts of the fledgling state.  German and Irish immigrants in particular found work building the original Erie Canal from 1817 through 1825 and again, in later enlargements of the Canal in the nineteenth century. With the completion of the canal and subsequent enlargements, many of the laborers found jobs in emerging urban industries in cities like Albany, Syracuse, Rochester and Buffalo.

Most immigrants found work by using established networks of relatives and friends who had already settled in the United States.  While approximately two out of every three immigrants who entered the country came through New York City, many eventually migrated upstate, where myriad ethnic communities were established, often in the industrializing cities.

The immigrant generation of Jews from Poland and Russia who flooded Manhattan’s Lower East Side typically worked in manual occupations, ranging from casual day workers to skilled craftsmen working at their respective trades.

Some immigrants started their own small businesses such as grocery stores or tailor shops to serve their immigrant communities.  Married Italian women took in boarders, brought work home from factories, or did seasonal work in the canning industry to supplement their families’ incomes.

Since immigrants often left family members behind in their countries of origin, many routinely sent money home to relatives and friends. One motivation for these remittances was to improve the financial stability of their families at home. Another reason was to fund the cost of emigration. Irish immigrants in New York City set up the Emigrant Industrial Savings Bank in 1850 to make it easier to send money home. Between 1848 and 1860, Irish immigrants sent between $2.3 million and $8.7 million a year back to friends and families. 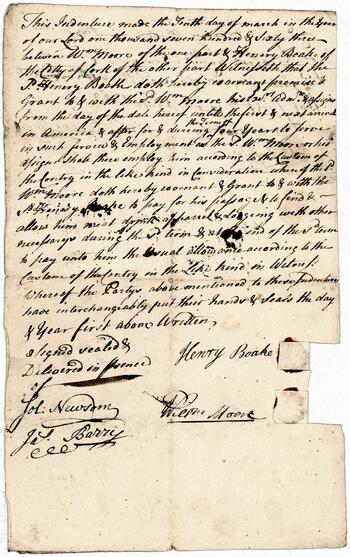 This contract commits Henry Boake of County Cork, Ireland to William Moore as an indentured servant for payment of his passage from Ireland to New York. 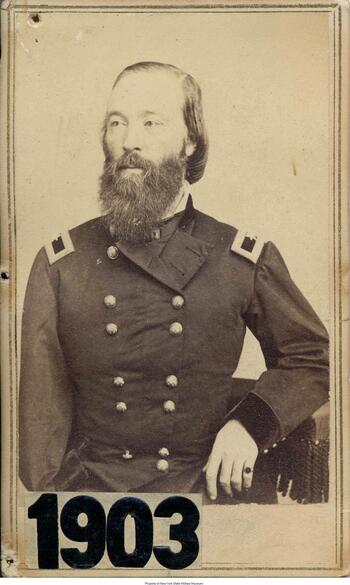 Thomas W. Sweeny, brigadier-general, was born in Cork, Ireland in 1820.  He came to the United States in 1832, learned the printer's trade in New York City, and joined the army during the Mexican-American War.  He went on to be a celebrated commander during the Civil War.  The City of Brooklyn awarded him with a sword for his service. 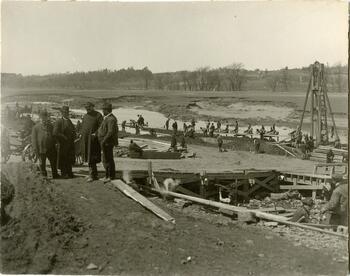 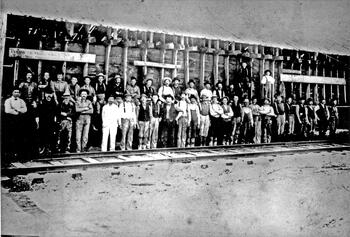 The salt industry of Syracuse was a huge source of employment for mid-nineteeth century immigrants, especially the Irish. 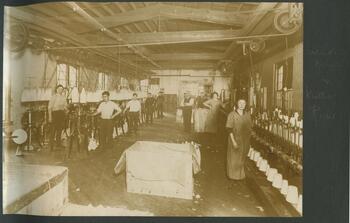 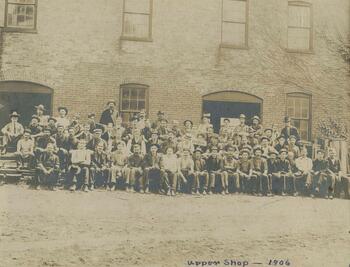 The 1900 federal census shows Mike Shirlock, a recent immigrant from Austria, living with his wife and children along with six boarders, also from Austria, and all of the adult men worked as laborers in the local foundry. 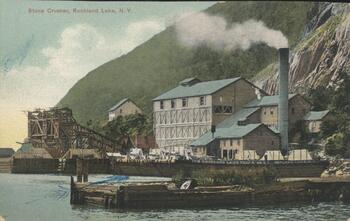 Message on back is translated from Norwegian: "I work on one of the three barges you see." These workers provided the stones that were sent to New York City for the building of roadbeds and wharfs. 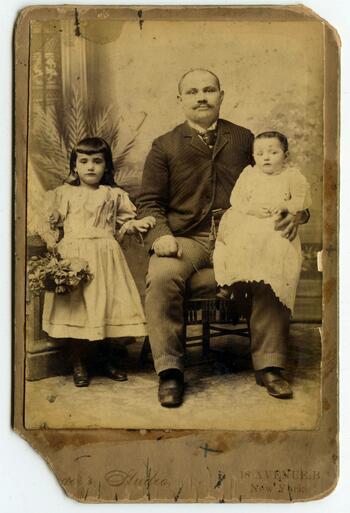 Frank Reher with baby Etta and Jennie, circa 1896, courtesy of the Reher Center for Immigrant Culture and History

Frank Reher, an Austrian-Jewish immigrant, arrived in New York in 1890. With his first wife, Rachel, and two daughters, Frank moved to Kingston. After Rachel died, Frank married Ade Aduchefsky, a Russian-Jewish immigrant. They started their own kosher bakery in Kingston that their family ran from 1908 until 1980. The building is now home to the Reher Center for Immigrant Culture and History.