Today the United States, and more specifically, New York, is a pluralistic culture reflecting multiple ethnic influences. One example can be seen in the Germans who enthusiastically participated in professional and political associations, which evolved into social clubs when transplanted into the United States. Shooting and athletic clubs that featured gymnastics, which were so emphasized in German culture, also became popular in the United States. Physical education classes, inspired by German athletics, began to be offered in public schools and in colleges by the turn of the century.

For Italians, the strongest old world traditions were evident in music, food, and in their Catholic religion. Food traditions transferred relatively easily to the new country. For some immigrants such as Jews and Italians, food assumed a sacred quality and became part of religious rituals. For other ethnic groups like the Irish, food and drink were associated with celebrations. Americans gradually adopted certain ethnic traditions such as decorating Christmas trees and eating stollen and gingerbread during the holiday season. The celebration of some sacred religious holidays and associated rituals such as Easter have assumed a secular aspect largely due to the increasing influence of consumer culture.

As immigrant groups assimilated into American society, they began to take advantage of leisure opportunities the United States afforded them. As early as the 1880s, Jewish immigrant tourists began to travel to the lakes and hiking trails of the Catskill mountains where they found a summer respite from urban work life. Closer to home, immigrant families enjoyed picnics in city parks, excursions to amusement parks such as Coney Island, or a day spent lounging on the beach. Children of immigrants often spent Saturday afternoons in nickelodeons watching movies for a nickel while their older sisters and brothers looked forward to unchaperoned evenings in dance halls. Saloons and theaters were often located in the same neighborhoods.  As card playing became a popular American pastime, Italian immigrants took up canasta and Jewish immigrants played pinochle.

As immigrant women, particularly daughters of immigrants, acculturated into American society, they concerned themselves with “putting on the style,” or dressing fashionably. Young women workers saved whatever they could from their paychecks to spend leisure time shopping in department stores that offered ready-to-wear clothes, some of which the young women themselves were employed to help manufacture. Young immigrant daughters also linked wearing fashionable hats and cosmetics to their sense of American identity.

Radios were among the most popular family purchases and radio broadcasting became an important facet of the entertainment industry. With the advent of electricity, urban residents began to purchase large appliances including refrigerators and stoves. Small appliances such as electric irons, toasters, waffle irons, and curling irons also became part of immigrants’ everyday life in the United States.

In 1920, the Memorial Art Gallery worked with the Chamber of Commerce, the Board of Education and the city administration of Rochester to host a ten day exhibition celebrating the traditional crafts and arts of immigrant cultures, including Armenian rugs, Norwegian tapestry, Italian mosaics, Belgian lace, Chinese embroidery, and much more.  The exhibition, known as the Homelands Exhibition, was hugely successful, and attracted 160,000 visitors. 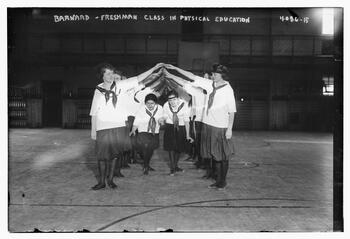 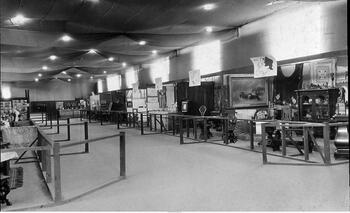 Exhibit booths in right aisle at the Rochester Homelands Exhibition, April 10-19, 1920, on the grounds of Exposition Park in Rochester, NY, courtesy of Memorial Art Gallery of the University of Rochester

The Homelands Exhibition featured booths from countries all over the world. 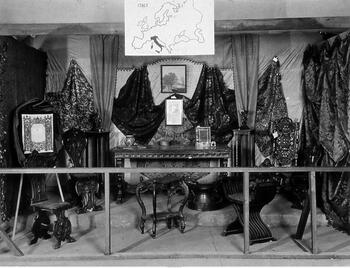 Italian booth at the Rochester Homelands Exhibition, April 10-19, 1920, on the grounds of Exposition Park in Rochester, NY, courtesy of Memorial Art Gallery of the University of Rochester

Each booth was identified by country. 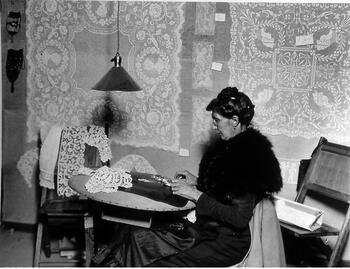 Belgian Lace Maker at the Rochester Homelands Exhibition, April 10-19, 1920, on the grounds of Exposition Park in Rochester, NY, courtesy of Memorial Art Gallery of the University of Rochester

Some artisans displayed the production of their craft. 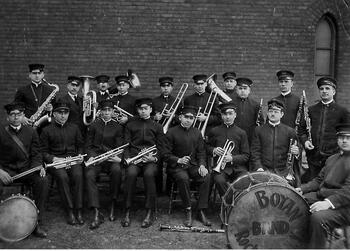 Ukrainian Band at the Rochester Homelands Exhibition, April 10-19, 1920, on the grounds of Exposition Park in Rochester, NY, courtesy of Memorial Art Gallery of the University of Rochester

Other parts of the exhibition included live performances, like this Ukrainian band.