While establishing themselves in their new country, Italians lived on bread, simple soups made from beans or lentils, and simple, often meatless, pasta dishes. They did what they could to stretch their food budgets by creating dishes that relied on seasonings or small portions of meat for flavor.  By the 1920s, many working-class Italian dinner tables bore witness to a multi-course feast once reserved for the noble class.

Typical Irish meals in the United States often included cabbage, potatoes, beans, and ham or bacon. Although the Irish reserved certain foods like corned beef for holiday celebrations, once Irish restaurants opened in New York, they served corned beef (so named for the chunks of salt or “corns” used to cure it) on a daily basis. Irish restaurateurs also offered oysters prepared in a variety of ways as well. Oysters appeared on menus broiled, in stews, folded into omelettes, and made into patties with gravy. 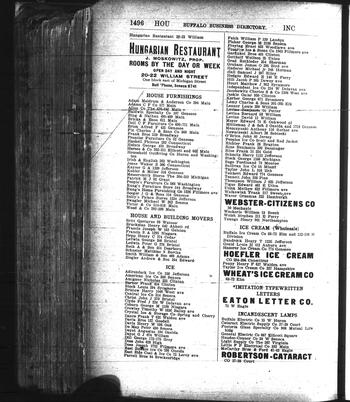 The 1910 Buffalo City Directory shows a variety of ethnic restaurants. 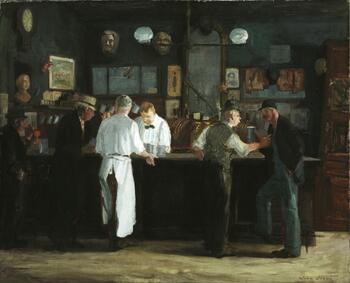 A 1912 painting by John Sloan of the famous McSorley’s Bar, an Irish neighborhood saloon in New York City founded in 1865 and still running today. 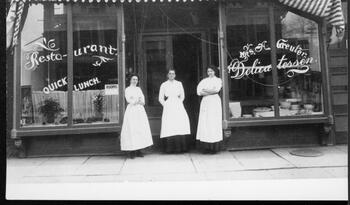 Delicatessens and German-styled restaurants were all over New York State by 1890, catering to large populations of first and second generation Germans and Austrians. 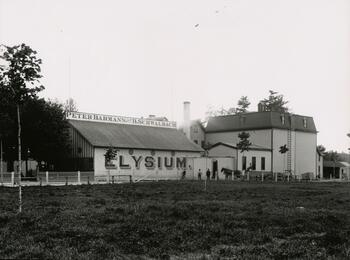 Peter Barmann came to America in 1857 and soon was apprenticed to his uncle, Balthazar Schwalbach, in the brewing business. These buildings were constructed around 1885 and the brewery produced lager beer, ale, and porter.  The word painted outside the building, Elysium, is a Greek word meaning paradise, and such it was until 1920, when Prohibition began. In an attempt to continue production, the brewery ran a rubber hose through a city sewer line to a side-street bottling plant, but it was eventually discovered. 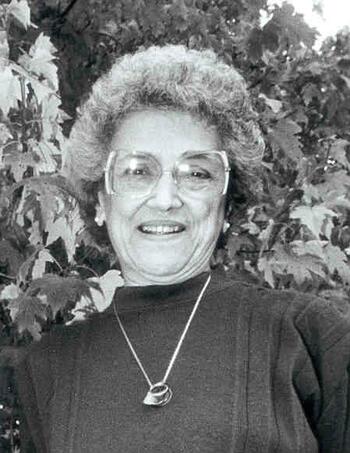 Jennie Root Spaziani of Watertown remembers her parents, who were not able to read or write English, would patronize their local Italian grocery store, Carbone’s.  Frank and Rose Root, both born in Italy, immigrated to New York in 1904 and settled in Watertown in Jefferson County.