Women organized a campaign of tax resistance inspired by the Boston Tea Party Centennial on December 16, 1873. The New York State Woman Suffrage Association called a mass meeting inviting the tax-paying women of New York to protest "against the tyranny of taxation without representation." The call read:&nbsp;

"One hundred years ago our ancestors precipitated a rebellion by refusing to pay a tax on Tea, imposed against their will. At the end of a century 20,000,000 of their daughters are suffering precisely the same wrong; taxation without representation; and it behooves us as their descendants to demand that the freedom for which our forefathers struggled shall be given to us also!"

Matilda Joslyn Gage reminded her audience at the convention that the original tax protesters had been the revolutionary mothers, not the fathers – brave women who led the way for the famous Tea Party in Boston Harbor which had precipitated the rebellion against English rule. Matilda Joslyn Gage, Susan B. Anthony, and Lillie Devereux Blake addressed the Judiciary Committee of the New York State Legislature, requesting a bill exempting all women from the payment of taxes until given the vote. 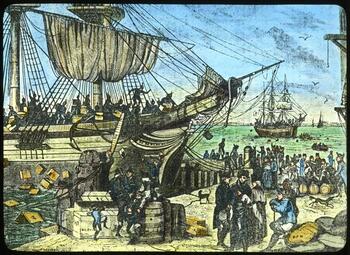 Boston Tea Party. Suffragists were inspired by the Centennial of the Boston Tea Party in 1873 to demand the right to vote. Women paid taxes in New York State, and likened their situation to that of the revolutionary protesters who demanded an end to taxation without representation. Courtesy of Palisades Interstate Park Commission. 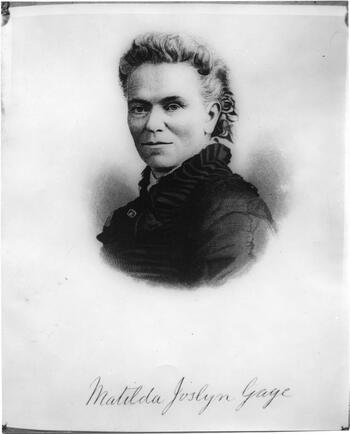 Portrait of Matilda Joslyn Gage. Gage, along with Susan B. Anthony, and Lillie Devereux Blake addressed the Judiciary committee of the New York State legislature, requesting a bill exempting all women from the payment of taxes until given the vote. Courtesy of Fayetteville Free Library. 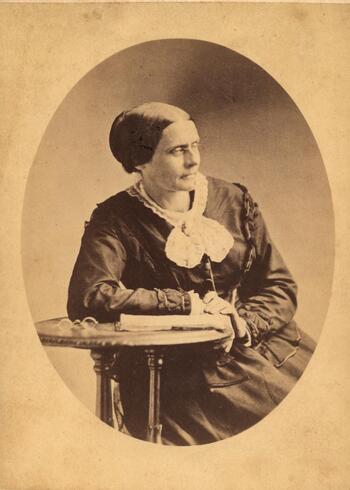 Portrait of Susan B. Anthony. Anthony’s sister Mary refused to pay her county taxes in 1901, and Susan B. was quoted in support of her sister, stating “Taxation and representation are inseparable. It is the basic principle upon which our government is founded. It was the battle cry of our forefathers and a principle of government which has been handed down to us from the Revolutionary period.” Courtesy of University of Michigan. 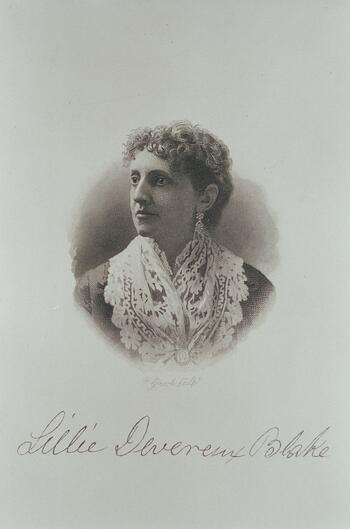 Portrait of Lillie Devereux Blake. Blake requested a bill along with Susan B. Anthony and Matilda Joslyn Gage to exempt all women from paying taxes in New York State. Courtesy of Harvard University.