Suffragists had spent a lot of time during the movement trying to teach women how to be politically active. Suffragists held classes for political education and distributed a correspondence course for members, especially those in rural areas. After women won the right to vote, the education continued. It took time for women to adjust to the new laws, and their new rights. Because most women had not been in the habit of voting, and many had no idea how to vote, one of the first tasks activist groups&nbsp;(like the League of Women Voters) engaged in was practical political education.

Within the first few years after women won the right to vote, Sarah Schuyler Butler, chair of the Republican Women’s State Executive Committee in New York State, traveled with other members of her committee around the State to interview women on their voting habits. She discovered that local conditions often dictated whether or not women voted. Those who lived in remote areas blamed low voter turnout on poor roads and a lack of transportation to the polls. Immigrant women in cities often distrusted or feared the government, or simply were not interested in voting. She concluded that the best solution would be to have more female politicians and leaders to help build the trust of women and encourage their participation. She published an article on this topic in 1924.&nbsp;&nbsp; 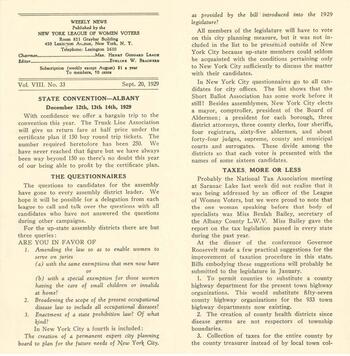 Weekly News of the New York League of Women Voters, Sept. 20, 1929. This issue includes questions considered important to women voters for candidates for the State Assembly, and include the topics of women on juries (women could not serve on juries in New York State until 1937), occupational disease, and prohibition. Courtesy of University of Massachusetts Amherst Libraries. Full text available here. 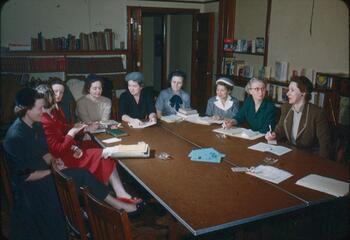 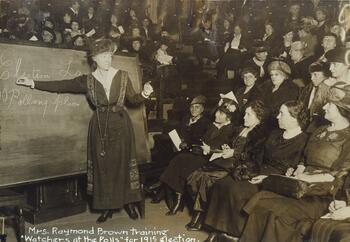 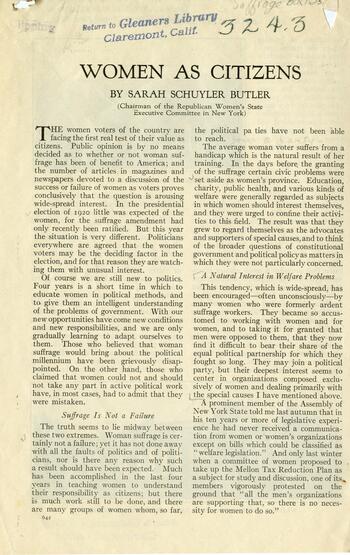 Women as Citizens, 1924. This article discusses the impact of suffrage on social issues and the two-party system in the United States. Courtesy of Claremont Colleges Library.