Women could not vote, but they could petition local, state, and federal governments to change the laws. They could also run for public office. Elizabeth Cady Stanton announced herself as a Congressional candidate in 1866 while New York stockbroker Victoria Woodhull became the Equal Rights Party candidate for President in 1872. While Woodhull never carried out a campaign, Syracuse University alumna Belva Lockwood campaigned as the Equal Rights Party presidential candidate in 1884 and again in 1888. Woman suffrage was a central feature of the new party's platform. The election results showed Lockwood with 4,149 popular votes and the entire electoral vote of Indiana, cast by the Democratic electors of that state as a joke.

Women in New York won the right to vote in school board elections in 1880, and had the most success winning office when they ran for school board positions. Usually women’s campaigns for political offices met with less success. The first two women elected to the New York State Assembly were Ida Sammis, a Suffolk County Republican known for her involvement in the woman suffrage movement and as a prohibitionist, and New York County Democrat Mary Lilly. They began their terms of office in 1919. 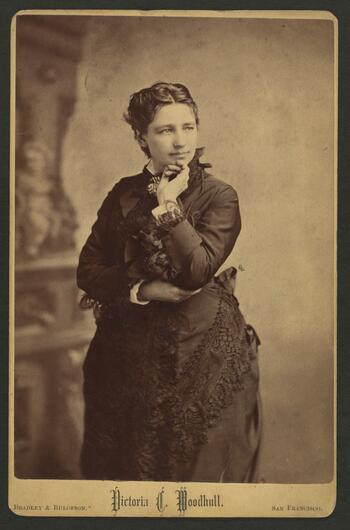 Portrait of Victoria C. Woodhull. Woodhull was the first woman nominated for president 1872 by the Equal Rights Party. Courtesy of the New York Public Library. 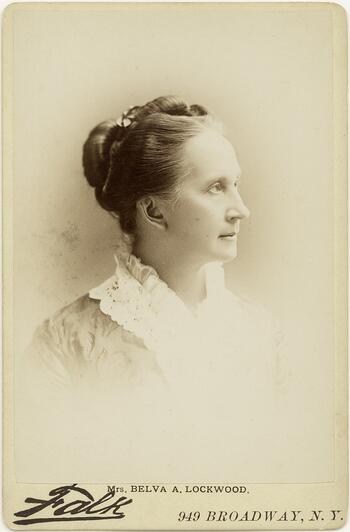 Portrait of Belva Ann Lockwood, c. 1880. Belva Lockwood was the first woman to run a qualified campaign for president in 1884, and she ran again in 1888. Courtesy of the National Portrait Gallery.