A native of Buffalo, NY, Dr. Charles Rand Penney made his life and career in Western New York, working first as a lawyer and later pursuing a life-long love of collecting and lecturing about art and antiques around the world. In 1995, he was honored with a Doctorate of Fine Arts from the State University of New York for his commitment and contributions to the arts, especially in Western New York. In 1999, he received the Red Jacket Award from the Buffalo History Museum for his commitment to raising awareness of the shared heritage of Western New York.

Whether traveling to Papua, New Guinea or up the Niagara River to Olcott Beach, Dr. Penney’s collection signified his approach to learning about new people and places, eventually growing to include more than 100 different themes. In the early 1990s, he donated a collection of Western New York Art to the Burchfield Art Center at Buffalo State College (resulting in the renaming of the Center to the Burchfield-Penney Art Center). His collection of Historical Niagara Falls Prints was donated to the Castellani Art Museum in 1993. In 2008, he donated his entire collection of Niagara County art, artifacts, and research materials to the History Center at the Niagara County Historical Society, eventually resulting in the opening of the eponymous Penney Gallery.
The Charles Rand Penney Trail connects collections that were either donated by Charles Rand Penney or purchased from his estate and now reside in diverse institutions across Niagara and Erie County, New York. These institutions include the Niagara County Historical Society, the Buffalo History Museum, the Theodore Roosevelt Inaugural Site, the Buffalo Museum of Science, the Castellani Art Museum, the Butler Library of SUNY Buffalo State, and the Burchfield-Penney Art Center. In total, the collection represents the depth and breadth of art, artifacts and ephemera assembled by one of the great American collectors of the twentieth century. Dr. Penney collected throughout his life and maintained a strong connection to Western New York. The museums and cultural institutions above have brought Dr. Penney’s diverse interests together once again through the Charles Rand Penney Trail digital collection.

The Charles Rand Penney Trail collection includes art, artifacts, and ephemera. There are artifacts from Papua New Guinea, including masks and jewelry. There are many Pan-American Exposition souvenirs. There is a local history collection which includes memorabilia relating to Lockport and Niagara County, New York. There are items related to the Larkin Company of Buffalo, New York. The collection is diverse, including photographs, drawings, figurines, glassware, and promotional materials. The bulk of the collection dates to the early 20th century.

The collection items are owned by the Niagara County Historical Society, the Buffalo History Museum, the Theodore Roosevelt Inaugural Site, the Buffalo Museum of Science, the Castellani Art Museum, the Butler Library of SUNY Buffalo State, and the Burchfield-Penney Art Center. 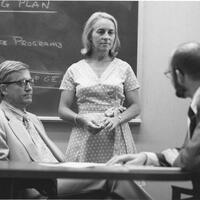 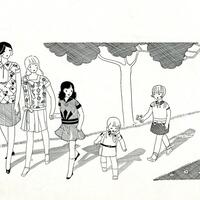 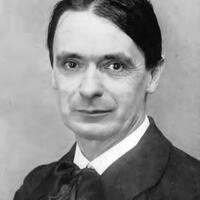