The Canal brought all kinds of people to upstate New York. Many of them were young, looking to capitalize on a growing national economy, and ready for a new spiritual revival. During the Second Great Awakening, evangelical religious fervor swept the country, especially the Northeast and Midwest, and new ideas and beliefs spread via the Erie Canal. New religious and utopian movements such as the Oneida Community, the Spiritualists, the Shakers and the Mormons, moved westward along the canal route, rapidly descending on port towns and then moving on. This fast-moving wave of spirituality and religious zeal, which converted so many so quickly, prompted observers to refer to the Genesee Valley as the “Burned-Over District.”

In particular, the Baptist and Methodist faiths gained large numbers of converts and new denominations emerged. Joseph Smith discovered the Mormon faith just outside of Palmyra. The Fox Sisters founded Spiritualism near Rochester. Evangelist Charles Grandison Finney held a massive religious revival in Rochester, New York, lasting several months, from September 1830 to March 1831. People used the Canal to travel from as far away as 100 miles to hear him speak.

The movement for the prohibition of alcohol also grew in popularity during the late nineteenth century, and long before national prohibition many canalside communities, such as Port Byron, voted to go “dry” and ban alcohol. Temperance grew out of the conviction that alcohol was promoting crime along the Canal and the movement found crossover support among abolitionists and women’s rights groups as well. 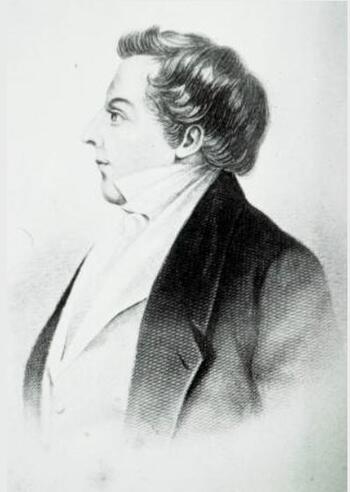 Joseph Smith, founder of the Latter Day Saints Movement (Mormonism), claimed to have been commanded by the Lord to "go to the Ohio" while he was living in Fayette Township, New York. He and his followers traveled the Erie Canal as part of their westward trek. Courtesy of Western Illinois University via Illinois Digital Heritage Hub. 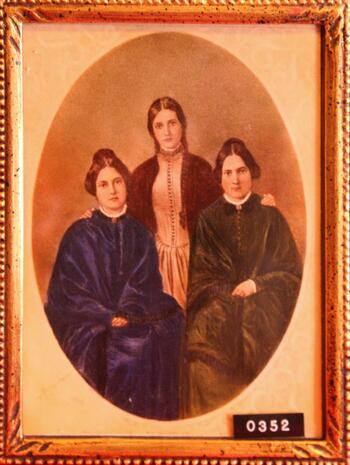 Despite the implausibility of claims made by Hydesville, New York natives Margaretta, Kate, and Leah Fox that they could communicate with the dead, they are associated with the beginnings of modern Spiritualism. Courtesy of Hett Art Gallery and Museum at Camp Chesterfield via IUPUI University Library and Indiana Memory. 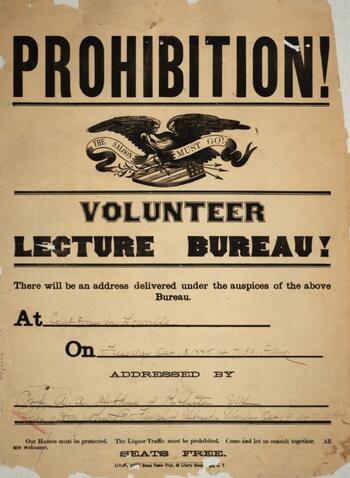 This prohibition poster describes a lecture taking place in Lowville, a town in Lewis County, New York. New Yorker John B. Finch, Chairman of the Prohibition National Committee from 1884 1887 was one of the featured participants. Courtesy of New York State Library via Empire State Digital Network.

Commerce on the Canal