Liverpool is a lakeside village located in Onondaga County, just outside of Syracuse, New York. The village is named after the city of Liverpool in England. Liverpool was also a fitting name because both Liverpools became well-known for their salt production. After the salt production era came to a close, Liverpool willow baskets became the village's main export. The Syracuse Northern Railroad opened in 1871, giving Liverpool greater opportunities for trade. At the close of the nineteenth century, Liverpool also became a cigar manufacturing hub. The Oswego Canal closed its waterways in 1918, and in 1931 the Onondaga Lake Park was created where a good portion of the canal laid. The Onondaga Lake Park has the Salt Museum and East Shore Recreation Trail within its borders.

Located nearly one hundred miles from Liverpool, in northeastern New York State, the wilderness area encapulated by the Adirondack Mountains has served as a region of military, industrial and recreational significance. During the 1700s, the Adirondacks became a popular place for European settlers to live and military posts to be built. The area is home to well-known forts, including Fort Ticonderoga, and battles that took place during the French and Indian War (1754-1763). In 1892, Adirondack State Park was officially established--in part to preserve the region as an important water source for the Erie Canal. The park became a major tourist and recreational destination in the 1900s and continues to be a popular place to visit today.

This photograph collection is comprised of pictures taken in the immediate Liverpool area and in the Adirondacks. Many of the photographs record the Village of Liverpool during the early 1920s and others document Liverpool's salt industry and willow industry. There are also photographs of the areas surrounding Onondaga Lake, the Oswego Canal, Mud Lock, and the projects undertaken by the Work Relief Bureau under the leadership of Liverpool banker, Crandall Melvin Sr. 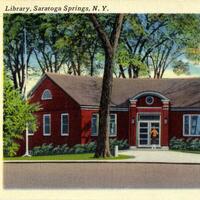 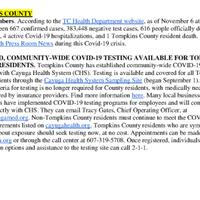