Gordon Muck was a colorful, creative force of artful nature. Born and bred on Syracuse’s north side, he lived, worked and taught in Central New York his entire life. His lasting influence as an artist, art critic, instructor and supervisor of art programs, antique dealer and mentor is still evident in the places he worked, lived and studied.

By 1948, Muck was teaching in rural DeRuyter, NY, where he encouraged his students to reach their highest potential and best effort. In 1956 Muck left DeRuyter to teach at Nottingham High School, and in 1960 he became the Art Supervisor for the Syracuse Schools. He also began writing a weekly art column for the Syracuse Post Standard two years into his tenure as Art Supervisor. Muck’s final teaching appointment was at Fayetteville Manlius High School from 1965-1981, where he also planned and managed the annual FM Art Show. Muck never seemed to tire of teaching and communicating with his students, always pushing them to perform to their potential, both as artists and as human beings.

Muck’s work graced several shows throughout the years. He participated in both group and solo shows in venues across Central New York and beyond. He also displayed his paintings and drawings in his own gallery at the “Pillars,” a Greek revival residence he and his wife Bertha purchased in 1959. Gordon Muck was a cultural innovator and brilliant teacher whose legacy continues in the hearts and memories of thousands of Central New York students, to whom this digital collection is dedicated.

This digital collection includes all paintings by Gordon Muck that are in the New Woodstock Free Public Library’s collection. The included paintings exhibit a range of techniques and media, including watercolor, acrylic, oil, scratchboard, among others, and cover a broad range of Muck’s career from the 1940s to the 1970s. Many of the paintings depict landscape or seascape scenes, and a few are portraits. 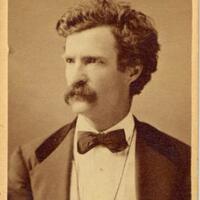 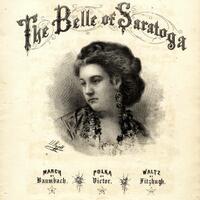 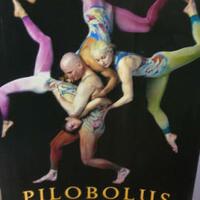