The Mohawk Territory, which started out as a tiny village, is a truly international community which is home to approximately 10,000 people. Located in northern-most New York State and literally bisected by the United States-Canada Border, the present territory, called Akwesasne, a Mohawk word for "Land Where the Partridge Drums" is divided into two separate federally recognized jurisdictions, The St. Regis Mohawk Tribe and the Mohawk Council of Akwesasne, and one traditional governing body encompassing all of Akwesasne, the Mohawk Nation Council of Chiefs.

The efforts of the Environment Division are directed toward preventing disease and injury, while at the same time, promoting lifestyles that respect, protect and enhance the environment for the next seven generations at Akwesasne.

Largely due to the fact that the St. Regis Mohawk Reservation is situated next to a Superfund site highly contaminated with toxic chemicals, this Tribe has one of the most advanced environment divisions of any Tribe in the Country. 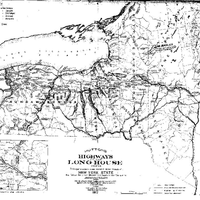