George Westinghouse Sr. was born in Pownal, VT in 1809. As an adult, he moved to Central Bridge, NY and established a business that manufactured agricultural machinery. In the mid 1850s, he moved to Schenectady, NY with his wife, Emeline and their children. In Schenectady, he also owned a factory manufacturing agricultural machinery. He and his wife had eight children including sons, Albert, and George Jr. After retiring, George moved to Pittsburgh, PA and died in 1884.

Albert Westinghouse was born circa 1843. On August 15, 1862, he enlisted in the US Army as a private. He served in the I Company of the New York 6th Cavalry and was discharged on September 7, 1863. Shortly after, he enlisted again as a 2nd Lieutenant and he was commissioned into the B Company of New York 2nd Vets Cavalry. Albert was killed at McCloud Mills, MS on December 10, 1864.

George Westinghouse Jr. was the third son of George and Emeline. He was born in 1846. George spent a lot of time in his father’s shops and became interested in engineering. He served in the army during the Civil War in the New York National Guard, the 16th Regiment of the NY Cavalry and as an acting ensign in the United States Navy before attending Union College between 1865 and 1866. George is best known for inventing the railway air brake and as a pioneer of the electrical industry. He was one of Thomas Edison’s rivals and his electricity system using alternating current eventually prevailed over Edison’s system. George died in 1914.

The papers of the Westinghouse Family date from 1833-1913, with the bulk of the material falling between 1862 and 1880. The collection includes: correspondence; legal documents such as mortgages, warranty deeds, agreements, leases and patent information; photographs; drawings; a pocket diary and autograph book.

The bulk of the collection is family correspondence. The majority of these letters were written by Albert Westinghouse to his family while he was serving in the military during the Civil War. 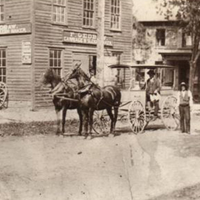 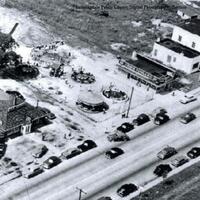