Prior to incorporation, the Voorheesville area was a rural farming community. In 1863, the Albany and Susquehanna Railroad ran an excursion train from Albany to the rural hamlet, later the Delaware and Hudson Railway and Saratoga and Hudson River Railroad came to the hamlet, beginning what was to make Voorheesville a railroad town. The railroads brought not only tourists from Albany and elsewhere, it made the village more accessible as a suburban residence and created the opportunity for several industries to build factories in the village. The factories provided jobs to the local population and made the village attractive to other would-be workers. After a few years of discussion among village residents, The Village of Voorheesville was incorporated in 1899.

Industries included: a barrel-making factory, foundries including the Phoenix and Albany Malleable Iron Works, a canning factory, grain and feed mills, and others. Local orchards grew the apples needed for two cider and vinegar companies; a creamery and grist mill were available for local farmers; and local women sewed collars and shirts in their homes. Other businesses and institutions of community life followed including hotels; an Odd Fellows Lodge; churches; a fire department established in 1902; a library in 1915; Voorheesville Grange; a women’s study group called the Bay View Club; and a public school that eventually became the core of the Voorheesville Central School System.

The post-war years brought increased development and suburbanization to the village as roads were improved and more families could afford automobiles. Most of the industries in the village disappeared during these years. While trains still pass through the village several times per day, there is no longer a railroad depot.

In May 1999, the village celebrated its centennial with a parade and many other events over an entire weekend.

The library’s digital collection includes records documenting the people, places, and events of the Village of Voorheesville and to a lesser extent the Town of New Scotland. 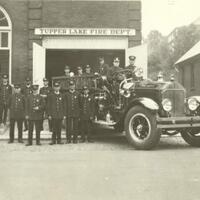 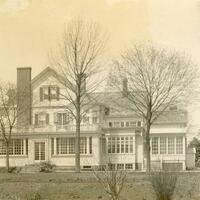 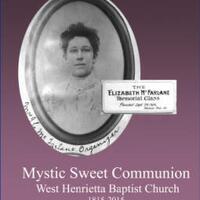 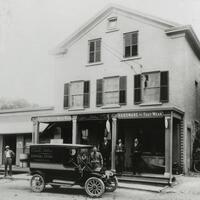