"The 1849 wreck of the Ship Richmond led to a court case over the ownership of her salvaged cargo that reached the United States Supreme Court. The decision, that a salvor is entitled to a reasonable fee according to circumstance rather than a fixed proportion, is still in place today.

Captain Philander Winters took the Richmond on her second whaling voyage for the Cold Spring Whaling Company with a crew of 32 men on July 21, 1846. The ship made various ports between 1846 and 1848, including Bahia, Brazil, Lahaina, Hawai’i. The Richmond left her final port, Honolulu, in the company of the Sag Harbor whaler Elizabeth Frith, captained by Philander’s brother, Jonas Winters. The two ships spent the season together in the Japan Sea and then separated.

On July 29th, 1849 the Richmond was sailing up the Bering Strait and Captain Winters needed one final whale to fill the ship. On August 2nd in heavy fog the ship struck a reef, disabling the rudder, and ran aground about a mile later. The crew was forced to leave the ship and took what provisions they had a few miles north to a beach accessible by whaleboat. They were stranded in Siberia, on the tip of Chukchi Peninsula roughly 1,000 miles away from the nearest town, less than a month before the Bering Strait typically iced over for the season.

The situation could have been worse; the entire crew evacuated safely and the area was well known among whalers so that it was very likely that another ship would come along once the fog lifted. On August 5th the crew set off in several whaleboats to search for nearby ships. Captain Winters and the first mate of the Richmond spotted the Elizabeth Frith and made contact, while the first mate encountered the New Bedford whaler Junior, captained by Silas Tinkham, that was also nearby. A third whaler, the Panama of Sag Harbor captained by Frederick Hallock, arrived on August 6th and the four captains agreed that the Richmond and its cargo would be put up for auction on August 8, 1849.

When she was wrecked, the Richmond was carrying approximately 3,600 barrels of oil and 24,000 pounds of whalebone. On shore, a barrel of oil could be expected to sell for $12.60, but during the auction, the Richmond’s barrels went for between $1 and 75¢. The hull was sold for $5 and the ship’s furniture and equipment were also auctioned off. After filling their holds, the Elizabeth Frith, the Junior, and the Panama divided the crew members between them, and set off for Honolulu.

Captain Philander Winters became very ill during the voyage to Hawai’i and died on September 13th from what appears to have been a stroke. The Richmond’s remaining officers: first mate, Charles Reeves; second mate, William Sayre; and third mate William Cherry all returned to the United States between March and April, 1850. John H Jones, the agent of the Cold Spring Whaling Company, listened to each mate’s version of the wreck and ultimately decided to sue to recover the Richmond’s goods. The original suit asserted that the sale of the cargo by Captain Philander Winters was invalid and that instead the three ships had acted as salvors and were entitled only to the standard salvage rates.

The case reached the United States Supreme Court in 1856. On January 28, 1857 the Court affirmed a captain’s right to sell both his ship and cargo in cases of absolute necessity but stated that this rule did not apply to the wreck of the Richmond because “the contrivance of an auction sale under such circumstances … where there is no market, no money, no competition… is a transaction which had no characteristic of a valid contract.”

The Richmond collection was purchased by the Whaling Museum in 2012.

The collection is made up of the records of the Ship Richmond’s final voyage from 1846-1849. Some of the later documents relate to the loss of the ship and the subsequent court case. The collection contains financial records and business correspondence between 1845 - 1856. 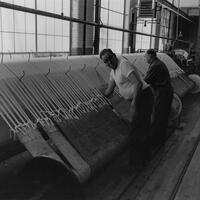 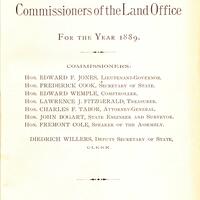 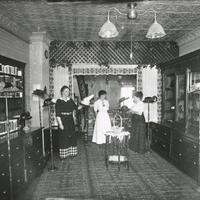 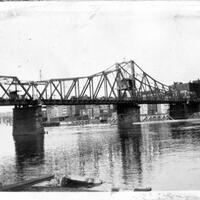