The Holland Patent Public Square has been a focus and symbol of the village for the two hundred years of its existence. The location of the public square determined the orientation and land use development of the patent, and the character of this plot of land well drained, level and incorporating a segment of the main road leading cast to Barneveld and west to Floyd and Fort Stanwix --befit it for the public ground upon which the community institutions of schools and meetinghouses would stand.

Public Square was established by a June 30, 1798 deed, that reserved 7.5 acres as a public square for the inhabitants of the Holland Patent. The boundaries of the square remains as established, with Main Sreet lying along the northern boundary, Park Avenue situated on the eastern boundary, Park Street located on the southern line with the western boundary lying about halfway down the hill that slopes toward Williard's Creek behind the Presbyterian Church. Before any permanent structures were built, the public square attracted roaming farm animals that created such a nuisance as to cause a fine to be levied on offenders. At a public meeting in April 1801, it was voted to spend $15.00 to build a pound near the public square. The first structure to be constructed on the square was a schoolhouse, which in 1806 stood on the northeast quadrant. This was followed by other meeting houses until 1842 - 1843 when the community organized to reform the design of the square into the open space which exists today. In August 1847, thirty men signed a subscription "to pay... for the the purpose of enclosing a Park on the Public Square... in materials or labor at cash price." In 1991, the area surrounding the public square was listed on the Nartional Register of Historic Places as the Holland Patent Stone Churches Historic District. 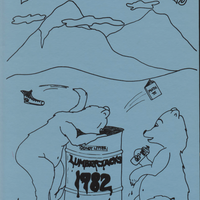 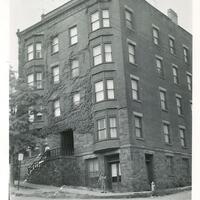 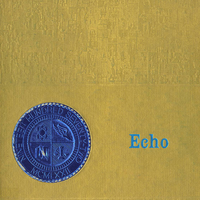