After the United States entered World War I, The New York National Guard began the task of guarding the New York City water supply. This included the Catskill Aqueduct through Ulster County. The fear of terrorism predicated that this vital resource be protected from potential acts of sabotage, as German sympathizers had already blown up ammunitions plant in Jersey City, New Jersey.

In August of 1917, the New York National Guard was sent overseas. To take over watch on the aqueduct, a state militia (the First Provisional Regiment) was created. This included men who were otherwise not eligible for active service and boys who, at 17, were too young. They were married, they were single; not a few hailed from wealthy families, others came from humble means. The site of their barracks, mess hall, and officer's quarters was called "Camp Fort Orange."

When the influenza pandemic of 1918 spread to the United States, thirty seven New York Guard soldiers died. Yet amidst it all, the men faithfully performed their duty and maintained the line. The First Provisional Regiment of the New York Guard began their withdrawal following the Armistice of November 11, 1918.

This collections include letters written by private Merville Harrington, highlighting his experience of guarding the Catskill Aqueduct. The collection also includes photographs taken by Sergeant Thomas Burke. Burke brought a camera with him and took photographs of his friends, fellow soldiers, and the animals that lived and worked with them, including their beloved cavalry horse, Peggy. The photos he shot are a rare, unique and singular glimpse into the past. 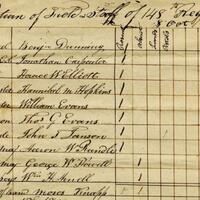 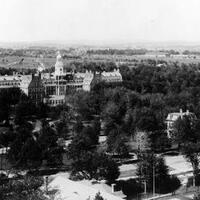 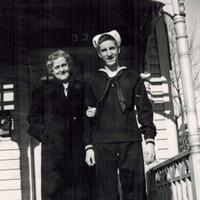 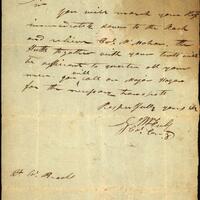