A strange and unfamiliar virus started sickening people in Wuhan, China in late 2019, and by early in 2020 cases began to show up in the United States. On March 1, 2020, New York State informed the public of its first case of the novel coronavirus, and by March 7, Governor Andrew Cuomo declared a state of emergency, which soon resulted in shifts to daily living, such as bans of large gatherings and calls for social distancing – keeping six feet apart and social circles small. By March 14, the Tompkins County Health Department reported its first Covid case, an Ithaca College community member, and on March 21, the Ithaca City School District notified the public that one of its members tested positive. Businesses and schools shut down, streets and normal gathering places became deserted, and suddenly, terrifyingly, people in New York City and elsewhere downstate started sickening and dying in horrifying numbers. Here upstate the cases were far fewer, but still an alarming part of everyday life.

Early in the crisis local officials moved quickly to provide critical support and information to the community at large. One was Tompkins County Legislator Anna Kelles. From the earliest days of the pandemic she began compiling local, regional, state, and national information and resources and sent them out via email to several local listservs in a tremendous effort to reach as much of the public as possible.
She included useful data on myriad aspects of the pandemic response at many levels, and also covered a broad array of topics helpful to the public at this challenging time. Specifics on food distribution to people in need; social justice issues; school and college re-opening plans; regional drought concerns; mental health support; voting safety during the pandemic, are all just a few of the many topics she covers. The information is buttressed by Kelles’ warm and personal additions to the main text, conveying a palpable concern for the people of the community.
These indispensable reports will serve as the underpinning of the history of 2020 in Tompkins County and beyond, and will be used by researchers for generations to come.

This collection contains PDF files that were converted from emails sent to several listservs around Tompkins County. The emails were painstakingly compiled by Tompkins County Legislator, and, since November 2020, New York State Assembly Member, Anna Kelles. They were started in March 2020, in the early days of the crisis, and contain information on local, regional, state, and national pandemic responses, as well as myriad topics of concern to the public. They all contain links to further detailed information on the main topics covered. As of January 1, 2021 Kelles embarked on her first term as an Assembly Member for the 125th District of New York State. 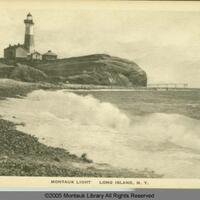 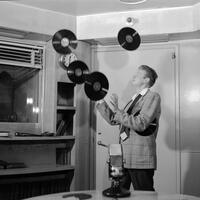 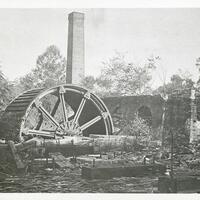