Cephas Breed (1820-1917) was from western New York and enrolled as an adult in Geneva Medical College in 1847 and graduated in 1850. He traveled widely in the west and south in search of a suitable place to practice medicine or teach school. Among his stops were Richland, Illinois; St. Louis, Missouri; Alexandria and Shreveport, Louisiana; Cincinnati, Ohio; Harrison, Indiana; and many more. In Paw Paw, Michigan, he found work at a pharmacy: "I made a mistake and dealt out tartar emetic for cream of tartar. . . . They mad some biscuits with it for supper. All 8 in number who ate supper . . . were immediately taken very sick with vomiting and purging" (30 September 1851). In St. Joseph, Michigan, he attempted to replace a recently deceased doctor, but struggled in his work: "Attempted to pull a tooth with forceps for a girl and failed" (8 November 1851). Breed's career never properly launched, and he was no married, so he eventually lived on his brother's farm in Big Flats, New York near Elmira.

This collection contains the diary and correspondence of Cephas Breed, who graduated from Geneva Medical College in 1850. 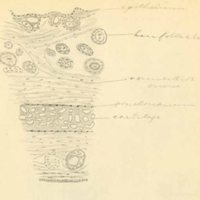 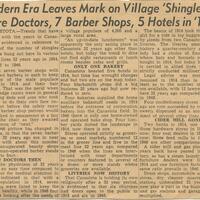 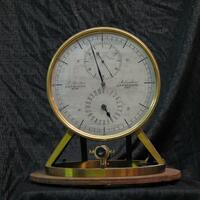