The Shelter Island Historical Society interprets Shelter Island’s past through historical materials and through its people, from the original Native American inhabitants, settlers and town founders, to those who have made it a caring and unique community throughout the years. The Society strives to preserve the Island’s heritage for future generations.

The Society shares the history of the Island through exhibits, events, and educational programs. The Society’s collection includes over 100,000 maps, deeds, diaries, letters, photos, and other historical documents as well as artifacts such as artwork, furniture, tools, textiles, vehicles, and housewares spanning the 17th through 21st centuries. All are available to researchers and the public by appointment.

William Havens built his farmhouse in 1743 on 1,000 acres of land. In 1761, William’s son, Captain James Havens and his wife, Elizabeth, took over the homestead and named it “Heartsease.”  As the family grew and prospered, two rooms were added to the second floor.  The home was also a store, a tavern, a school, the post office, and the town meeting hall which served a community of 27 households.  Captain Havens was a privateer during the war for independence and a Representative of Suffolk County in the New York Provincial Congress of 1776.

The Havens family occupied the house until 1913, when it was sold to “William P. Richardson and others.” In 1925, Heartsease was purchased by an Island family, Mr. & Mrs. Frank B. Sherman.  They ran the property as a lodging house and then, as their home.  In 1966, Mrs. Alice Sherman, by then widowed, was still living in the Havens House.  Upon learning of the formation of the Shelter Island Historical Society, she asked if they would be interested in purchasing the house to prevent it from future neglect.  The Society was able to purchase the house with the help of generous friends.  In 1986, the Havens House was placed on both the New York State Register of Historic Places and the National Register of Historic Places.

The Shelter Island History Center project stemmed from a desire to shore up the aging Havens House Museum and protect the thousands of irreplaceable documents and artifacts that had been collected over the years. The new History Center houses the Historical Society’s collections and has spaces for exhibits, offices, meetings, and educational programs.

The new facility, which complements the Havens House Museum, consists of two levels, one below ground. The main level includes a meeting room, an office space for our Archivist and Education/Program Coordinator, and a 425-square foot climate-controlled archival vault where the Society’s collection is permanently stored. This allows the Society to properly house, preserve, and expand the existing collection. 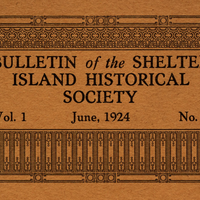 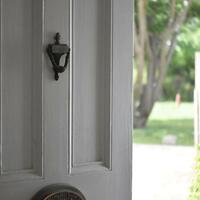